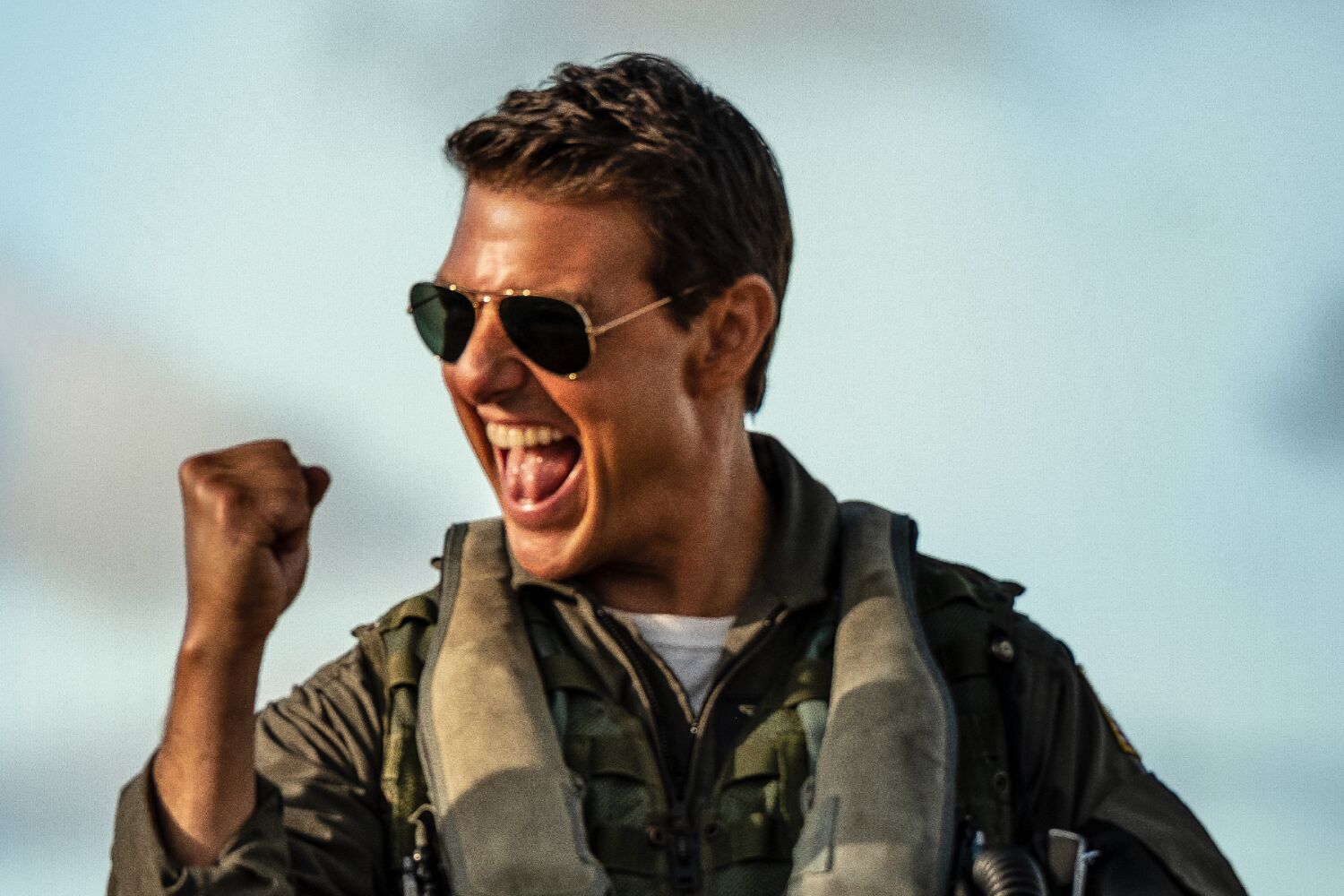 Über-producer Jerry Bruckheimer has a long résumé — box office billions from franchises like the “Pirates of Caribbean” and “Bad Boys” movies, several hundred (and counting) “CSI: Crime Scene Investigation” episodes and enough cinematic explosions to have inflicted hearing damage on generations of audiences.

The one item missing from the 79-year-old Bruckheimer’s CV: an Oscar nomination.

Now, maybe you feel that omission is not glaring but earned. Like, what, Bruckheimer should have been nominated for “Pearl Harbor”? Or “National Treasure”? He has always been a populist, concerned with putting people in the seats, not the whims of Oscar voters. The academy can have its “prestige.” He’ll take the Happy Meal tie-ins.

But … Bruckheimer has also made scores of movies that people still watch today (unlike, oh, a good third of the films nominated for best picture) and, on occasion, he has produced films that could well have been nominated for the Oscars’ highest honor. I’ll never watch the bloated 1995 best picture winner “Braveheart” again, but if I stumble across Tony Scott’s daring submarine thriller “Crimson Tide,” also released that year, I’ll gladly settle in and watch Denzel Washington and Gene Hackman go at it for two hours.

“Black Hawk Down” could have been a contender too, earning director Ridley Scott an Oscar nomination … but without the corresponding best picture nod.

So, yes, the man and his movies have been good and bad and (Coyote) ugly. And he’s still out there swinging.

And, sure, it’s early, but let’s just get this out of the way right now: Jerry Bruckheimer is going to collect his Oscar nomination at the 95th Academy Awards.

Maybe you remember a little movie titled “Top Gun: Maverick.” Came out in May, made around $1.5 billion at the box office, worked the tear ducts of men — and women — when it opened. Sequel to a swaggering action flick made 36 years ago (!), the second chapter is so obsessed with its namesake predecessor that it might as well be that film and, in many ways, is that film, just better — better stunts, better visuals, better craftsmanship. Not a better song. Let’s not get carried away. Due respect to Gaga, but those opening bass synth notes in “Take My Breath Away” will still have listeners turning and returning to some secret place inside for years to come.

Probably not, though, for better and for worse, if I wanted to show someone what the ‘80s — and ‘80s filmmaking — felt like, I’d cue up “Wall Street,” a John Hughes movie and “Top Gun.”

But that was then and this is now, when we do indeed have 10 slots for the best picture Oscar, a category that was expanded in 2009 because academy voters had not nominated Christopher Nolan’s “The Dark Knight” the previous year. Academy President Sid Ganis, announcing the decision then, made that clear when talking about the reasoning: “I would not be telling you the truth if I said the words ‘Dark Knight’ did not come up.”

The idea was to open the best picture category to popular movies. Movies like “Top Gun: Maverick.”

For the most part, that hasn’t happened. Voters just doubled down on the indie dramas, so much so that a few years ago, the academy tried to add a “popular film Oscar.” That idea, like most other moves made during the 11 years Dawn Hudson ran the organization, divided members and was ultimately scrapped.

So with all that, why the optimism now for Tom Cruise’s flyboy movie? Two things: “Top Gun: Maverick” and, to a lesser extent Baz Luhrmann’s electrifying “Elvis” and the dazzling indie hit “Everything Everywhere All at Once,” helped revive moribund movie theaters this year through sheer force of spectacle. The makers of “Top Gun: Maverick,” in fact, were so committed to the theatrical experience that they held out for years — the movie was finished in 2019 — in order to optimally satisfy audiences’ need for speed. (And also, obviously, to make a mountain of money.) Maverick going Mach 10 served as a potent reminder as to why people leave their homes and go to the movies.

Read also  'Aladdin' turns 30: Alan Menken on the journey of an animated traditional

But that alone might not be enough because too many Oscar voters still have the notion that the only movies worth honoring are those that elevate Art and have the sheen of being about something Important or, at the very least, feature a slapstick, imaginary Hitler to remind us that fascism is bad.

And, sure, you can make the argument that voters crave something more than popularity and craftsmanship when marking their ballots. (Look what happened to “Yellowstone” this year at the Emmys.) But don’t forget all those feelings “Top Gun: Maverick” dredged up in older audiences (the academy’s largest demographic), whose hearts were warmed watching Tom Cruise still doing Tom Cruise things, showing those young whippersnappers that you can still live your best life even after the AARP card arrives in the mail.

“It may not be the definition of great art, but it’s a great movie,” says a rival studio exec, who told me he would be putting “Top Gun: Maverick” high on his Oscar ballot after seeing it three times in theaters.

“To quote a line from another Tom Cruise movie,” he added, “sometimes you gotta say, ‘What the f—.’ The Oscars need this movie. So, yeah, hopefully it gets nominated and Cruise parachutes into the theater when the curtain goes up.”